Staying on the Road to Your Academic Success

Every student will face challenges at least once during their academic careers. How we respond to these difficulties is what is most important. Our goal in Academic Standing, and SAS Advising at large, is to help you identify ways to overcome obstacles and grow.

You may have encountered academic trouble for many reasons both academic and non-academic. Sometimes the problem is obvious, such as relying on high school/former college study strategies that do not suit the demands of SAS, poor time management, or simply not regularly attending class.  Sometimes the problem is not as obvious, such as an undiagnosed learning disability, substance abuse, or depression. At the first sign of trouble, you may have assumed you would rebound on the next exam, or you may not have known what to do or who to talk to until it was too late, only then to be faced with the academic consequences of failing to take action. It does not have to be this way for you!

It is not how you start that matters. It is how you finish.

In order to make positive change there are several beliefs you must hold firm in your mind. You must believe…

Assessing the Problem – Turn on your GPS!

Assessing the Problem – Turn on your GPS!

Just because you are down does not mean you are out. One bad grade, one bad semester, or a couple for that matter do not have to be the end of your academic career, but they are a indication that your difficulties will probably continue if you do not get to the root of the problem. If you are ready to turn things around, you will need to begin by identifying what is tripping you up.

You can begin by taking an honest look at your difficulties and choices – with hindsight, what would you have changed? What resources would you have used? In an ideal world, what commitments would you remove? By doing so, you are laying the foundation for a plan of action.  Your current difficulties are temporary if you allow them to be. OAAS Advisors can help you do this.

Anthony Robbins, in his book Awaken the Giant Within, describes what commonly happens when people don’t take a good look at who they are and where they are going. He calls it the "Niagara Syndrome" and it goes like this:

"…Life is like a river, and most people jump on the river of life without ever really deciding where they want to end up. So, in a short period of time, they get caught up in the current: current events, current fears, and current challenges. When they come to forks in the river, they don't consciously decide where they want to go, or which direction is right for them. They merely "go with the flow." They become a part of the mass of people who are directed by the environment instead of by their own values. As a result, they feel out of control. They remain in this unconscious state until one day the sound of the raging water awakens them and they discover that they are 5 feet from Niagara Falls in a boat with no oars. At this point, all they can say is, "oh, shoot!" But by then it's too late. They are going to take a fall. Sometimes it's an emotional fall. Sometimes it's a physical fall. Sometimes it's a financial fall. It is likely that whatever challenges you have in your life currently could have been avoided by some better decisions upstream." (Robbins 41-42).

Be confident and begin again with the end in mind

Be confident and begin again with the end in mind

Remember, you are a Scarlet Knight. As an SAS student, you and your SAS peers share the same academic profile and pre-Rutgers history of academic achievement. So, you too already have the competence, capabilities and potential necessary to succeed at Rutgers. We would not have offered you admission if you did not. This does not mean there are not skills and knowledge that must be acquired and practiced. Rather, it means that you recognize how much hard work there is to do, accept that it will be challenging and believe you are prepared to meet the challenge. You must believe that you can succeed!

Your choices will determine your success!

It is your choice!

It is your choice!

On one occasion, when I was about 24, I was jogging. I was nearing the end of a fairly long run. I was feeling very good as the endorphins were cruising and second wind was well in place. I was at that place where I felt like I could jog forever. I wasn't really thinking of anything in particular when suddenly an overwhelming thought occurred to me. It sounded something like this, "Damn! This is my life I am living here! My life is nobody else’s to live. I can only live this life and all I will ever have is my life. But when I go along with the crowd, I'm not living my life. When I follow the direction that my parents, my teachers, my coaches think is best for me, I am not living my own life. My life is mine to choose. And if I don't start choosing, it's going to pass me by.” I knew then and there that I did not want to come to the end of my life and think that I had settled for mediocrity; that I had gotten so caught up in the day-to-day stuff that I had lost all awareness of what was really important to me. I did not want my final words, when it was time to depart from this life, to be, "if only."

If you want to succeed, DO talk to strangers!

If you want to succeed, DO talk to strangers!

Knowledge is power. If you are planning to make your big comeback, then start by seeking our advising from your Deans, Faculty, Advisors, Career Specialists, Financial Aid counselors, Health Services, Classmates, etc. By making the effort to communicate with the professionals here to support your success early and often you won’t be a stranger anymore and you may find an ally or advocate in the most unexpected place.

If you want to increase your success, then start talking to as many different people as you can. Understand that information seeking extends beyond the classroom. It includes work experiences, extracurricular activities, internships, dorm life, the rec center, financial aid, health centers, study abroad, etc. Opportunity is all around you.

When you lose your way, ask for directions!

When you lose your way, ask for directions!

It is as simple as using the resources available to you at Rutgers. You do not need to be embarrassed because you failed a test, are financially stressed, or aren’t feeling well. Pride, independence, or lack of knowledge is never a good reason to not ask for help if you need it. We will not think less of you or your intelligence.

All of your advisors have been through college. We are not here to judge you. We are here to help you reach the goals you set for yourself when you chose Rutgers and SAS. Our common goal for you, is to see you successfully complete your SAS degree.  Rutgers Academic Standing staff and the Office of Advising and Academic Services (OAAS) are here to help get you back on the road to your success!

You can do it. You don’t have to do it alone. We are here to help.

Come talk to an SAS Academic Advisor and get back on the road to your Success at SAS. 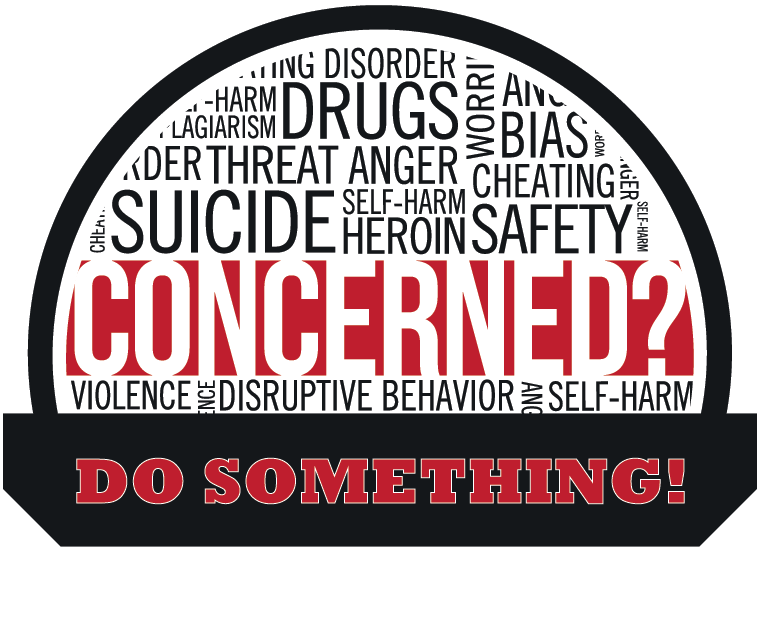